Three Cheers for the Military Spouse Employment Act of 2018

Resume Place, inc. online forum and message board for discussion of issues in the field of resume writing, career development and federal employment.

MILITARY SPOUSES HAVE 12 TO 24 PERCENT UNEMPLOYMENT

And for too many spouses, maintaining even the semblance of a career is a bridge too far. Roughly 12 percent to 24 percent of military spouses want to work but are unemployed, compared to 4.1 percent of American workers overall. That’s a shameful inequality.

The leaders of our Armed Forces have long recognized the hardships of military family life, and they’re very concerned about the effects on retention of career servicemen and women. Existing responses to the problem are only very partial solutions. There’s the spouse hiring preference available through Executive Order 13473 and Program S, and the financial support of MyCAA, the Military Spouse Career Advancement Accounts program. But sad to say, awareness of these programs is sorely lacking. Many military spouses don’t even know that they exist.

Now, in 2018, there is new hope for better solutions for our ambitious military spouses and their families. That hope is embodied by the Military Spouse Employment Act of 2018, a bill sponsored by Senator Tim Kaine of Virginia, co-chair of the Senate Military Family Caucus and father of a Marine. The proposed legislation is co-sponsored by two U.S. senators who are mothers: Kristen Gillibrand of New York and Patty Murray of Washington. Kaine anticipates that the bill will eventually become part of the 2019 National Defense Authorization Act.

NEW PROVISIONS OF THE BILL:

A key provision of the bill would give federal organizations more authority to fast-track the hiring of military spouses. It’s often the case that federal jobs are the best career opportunities on or near a military base.

You can track the progress of the Military Spouse Employment Act here.

For comprehensive information on federal employment opportunities and programs for spouses, see my book, The Stars Are Lined Up for Military Spouses. Or contact The Resume Place. 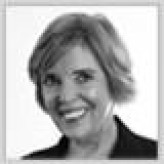 Want an IT Job with IRS? They are Hiring!
Diverse Jobs for Vets